A few days ago I was on a plane for 6 hours and we only had a shared TV screen playing terrible sitcoms and movies. What do you do in this situation? Code some weird version of Conway’s Game of Life of course!

I didn’t follow the usual rules and instead decided to go with these:

As for visualisation, I didn’t have internet so I just sticked with what I had: my terminal. The display choices were:

It took me a couple of hours to complete, and I find the result quite enjoyable to watch. The terminal colors gives the board a kind of Atari 2600 feel.

Everyone Has The Same Stats

When life, attack and healing stats are the same across teams, they usually quickly reach a stalemate. Sometimes, depending on how the board started a color might have some advantage. Because of the healing rule, we see highly contested borders, but no clear movement or winner.

When stats are random, it ends up creating weird looking results after a few dozens frames. Here are these results: 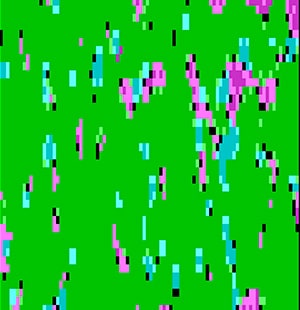 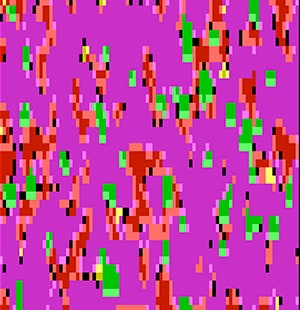 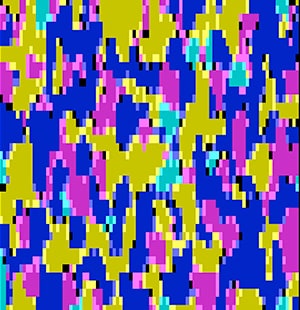 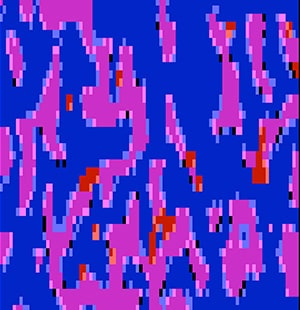 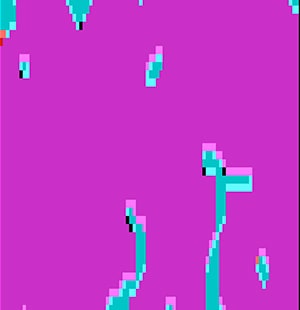 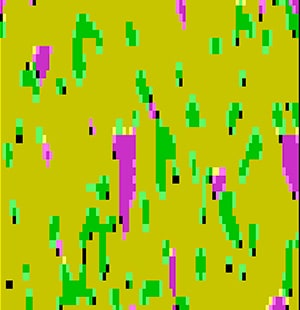 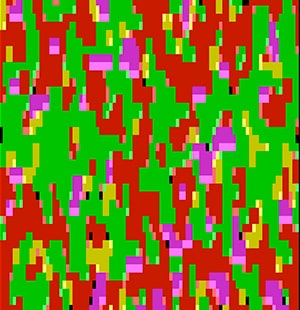 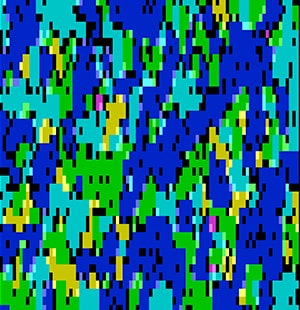 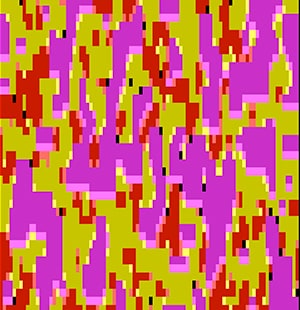 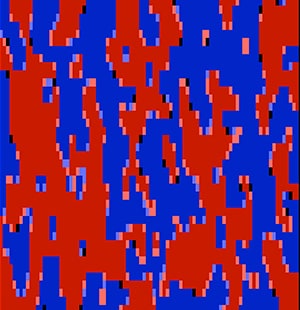 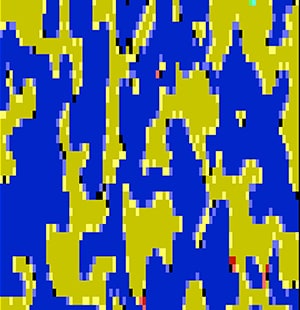 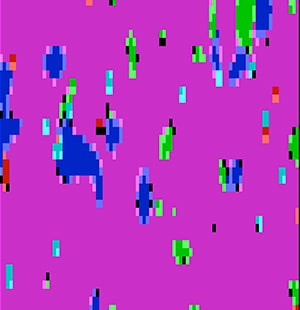 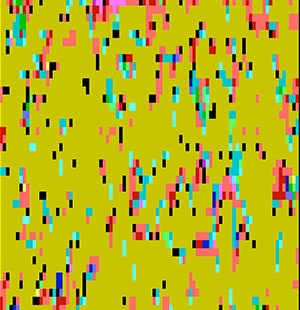 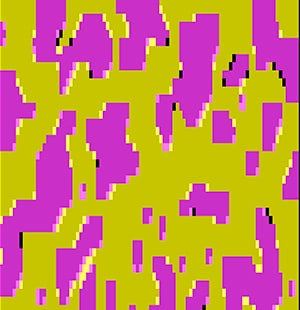 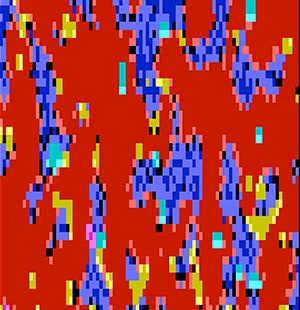 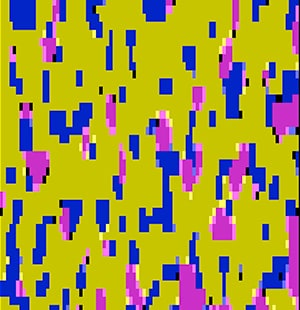 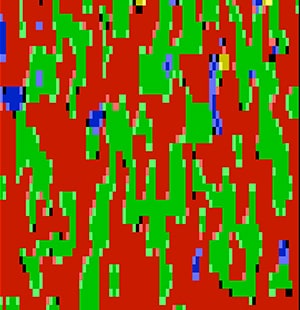 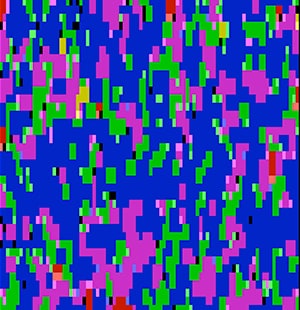 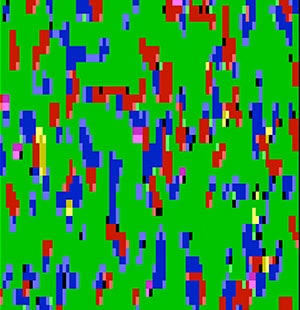 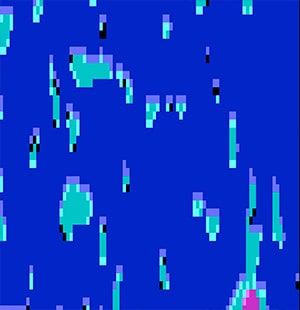 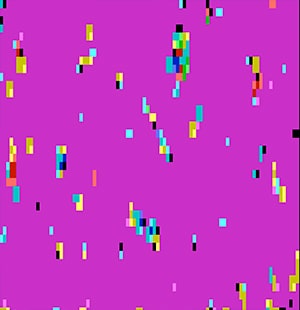 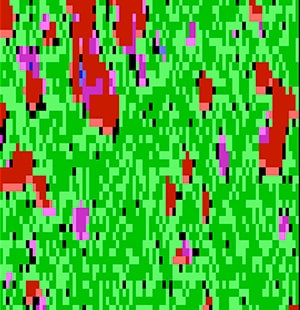 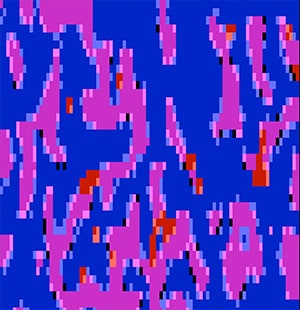 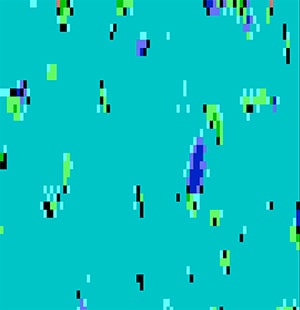 I don’t think the code is worth sharing since it has been literally hacked together in two hours on a plane, but if you really really want to check it out, ping me on Twitter and I’ll send you the gist - it’s in Ruby.